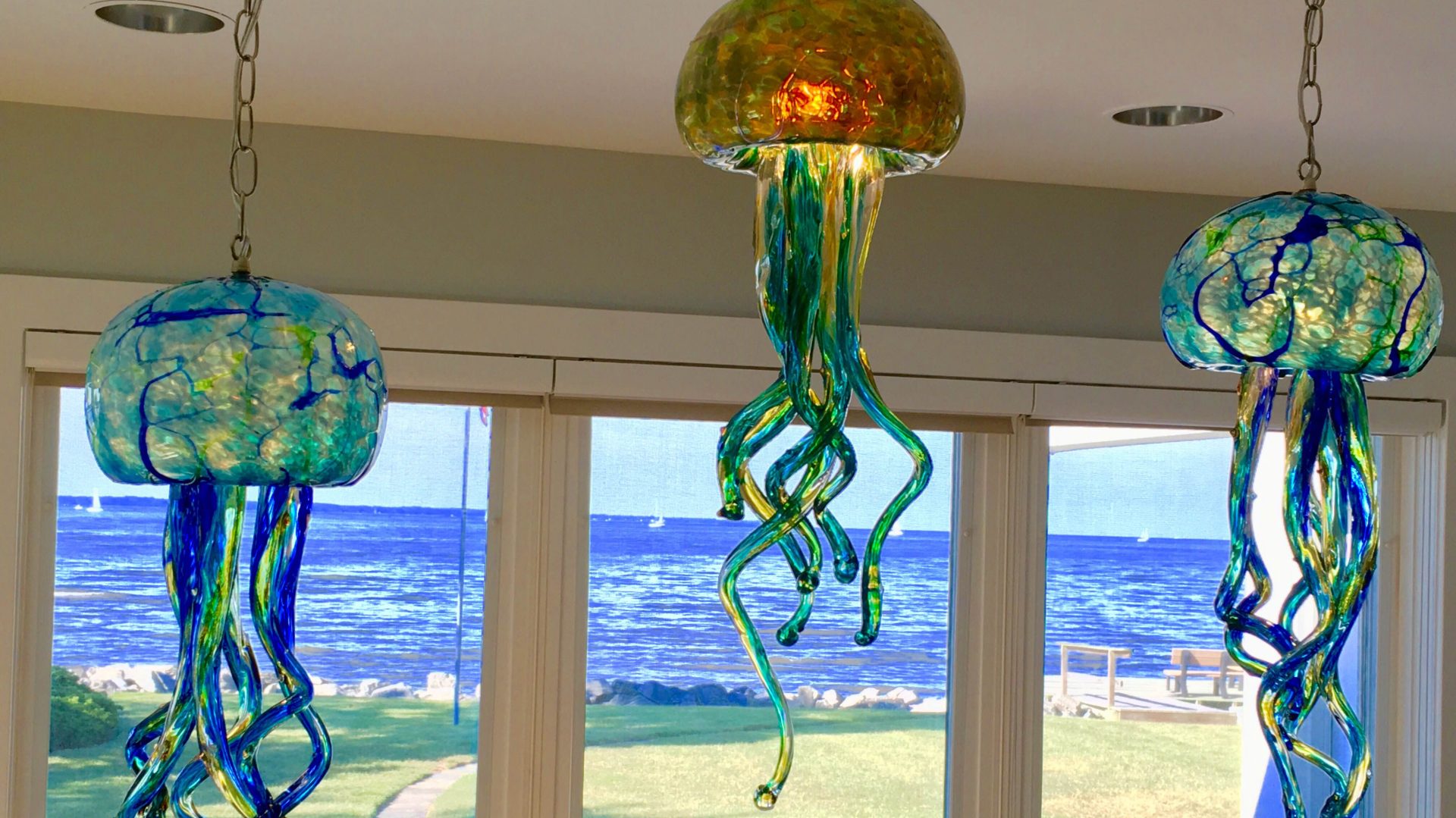 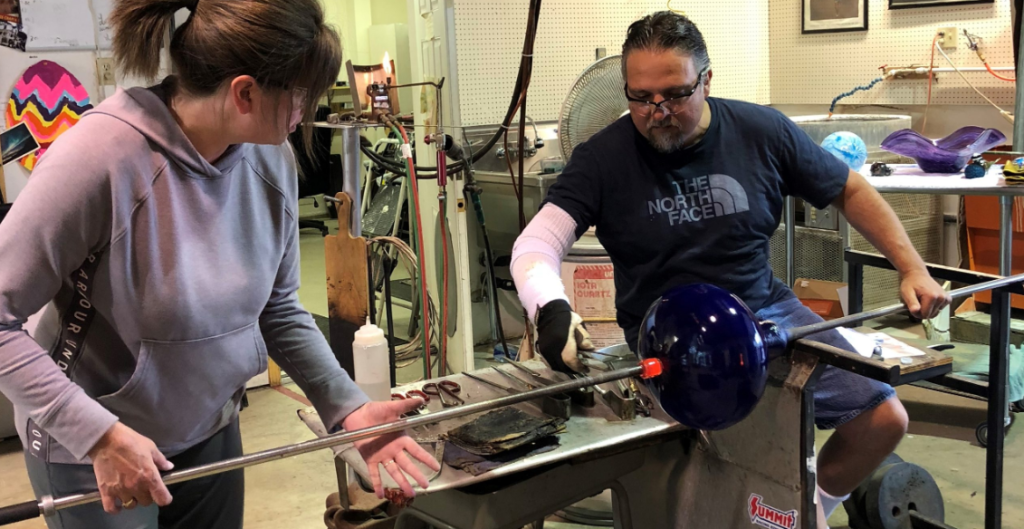 Opal Art Glass creates traditional and contemporary blown glass forms using hand-tooled techniques. The unique crystal designs reflect influences from the Pacific Northwest's environs, culture, and crafts movements. "We find our creative inspirations in the processes of glass blowing and forming, which transports us beyond the day to day."
Our works have been shown widely in galleries, museums and gift shops throughout the world.

Johnny and Darlene's 30 years of expertise as hands on artists, designers, and fabricators have enabled them to achieve intimate works of art, as well as large scale commissions. They work together as a team creating a wide variety of hand-blown glass, ranging from traditional forms to contemporary styles.

Glass poses as a seductive medium that continues to excite and inspire them every day.